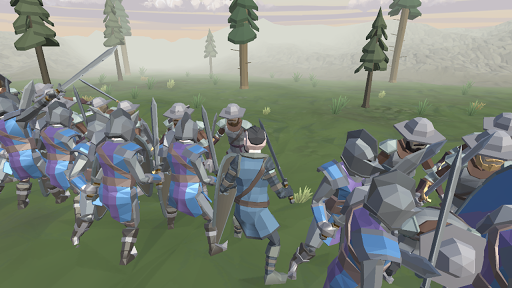 You are the heir to the throne, but your brother takes the crown from you.
Expelled from your kingdom you go in search of adventure.
Eventually you will become a Viking leader. How you decide to lead is your story.

Characteristics:
Offline RPG focused on army battles.
Viking Wars has some strategy game features.
It has short missions of a few minutes.
Battles and fights in real time.
The levels are dynamic; they change every time you play them.
Characters are animated with AI.
The levels have self-regulating difficulty.
Players can change the difficulty manually.
There are different ways of progress in the game.

Enemy territories:
You must go and attack the southern lands if you want to gain power.
Each territory can be attacked from time to time.
When you defeat the enemies of a territory you can take their gold.
Each time the territories will become stronger and more difficult to attack.

Dungeons:
Explore mysterious places to get the most powerful items in the game.
To claim the treasure of a dungeon you must defeat the final boss.

Viking cities:
It is where you can trade weapons and armor.
You can manage some of the buildings in the cities.
In cities you can recruit mercenaries and you can also upgrade your current warriors.
In the city you will find many allies willing to help you on your adventure.
Dungeons ready
App id com.nummagames.VikingWars