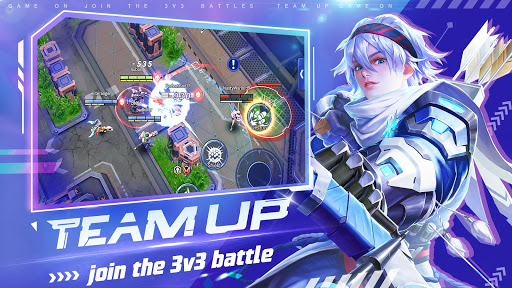 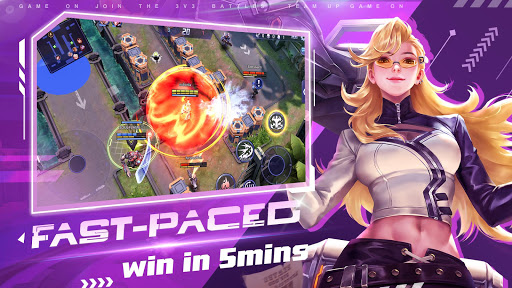 ** DESCRIPTION **
Welcome to the world of ASGARD, a futuristic MOBA filled with thrilling 3v3 battles! Compete with players from all over the world in multiple maps and combat modes, all this in real-time battle. Pick your hero, fight with your teammates and perfect your battle tactics. With fast-paced battles of maximum 5 minutes, get that winning streak started right now!

** FEATURES **
3v3 Battles, Fight Together and Shoot to Win
Team up with your friends and compete with players from all over the world. However, plain shooting will not make you king in this MOBA, strategy and collaboration are key to winning the game.

Fast-paced MOBA, Win in 5 Mins
Tired of those everlasting battles? We made it faster! Quicker respawn, more compact maps: speed up and get that victory in 5 minutes tops.

Multiple Modes and Maps, Unexpected Battle Awaits
Skirmish, escort, rogue, survival and other various modes and maps are waiting for you. Team up with other players or play with friends to fight the mutant invasion, the choice is yours. You can just strike in any modes, anytime.

Collect Free Heroes, Dominate the Battlefield
Recruit your heroes and improve them to dominate the battlefield! Heroes have their own set of skills and exclusive weapons, master them and frag your way to the top!

Easy Controls, Intuitive Gameplay
TPS with assisted aiming system and simple controls for moving and shooting. Spend less time learning how to use the controls and more time enjoying the fight.

No time to wait, the fight is on! Just speed up and get ready to reign in this fast-paced 3v3 MOBA.