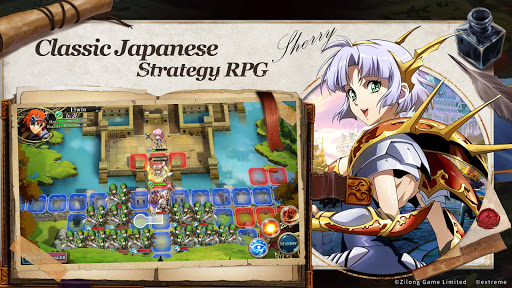 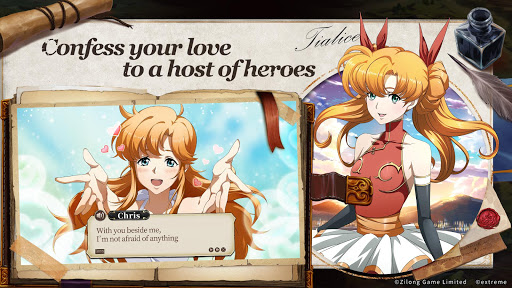 Langrisser SEA’s all-new major content update Augury of Light is here! The Goddess’s divine messenger, the Light of Genesis, and the super-cute priestess Mariel join the adventure, the Forbidden Battleground had been unsealed once again, with a tactical challenge for those brave enough to face Langrisser’s most fearsome foes, and the ultimate legend is reborn as Langrisser V Prelude begins with all-new Time Rift Stages!

Legendary Japanese Strategy RPG Langrisser is back with a mobile reboot unlike any other. We invite you to join us on a new adventure overseen by Langrisser’s original developers, featuring the voiceover talents of the game’s original cast, and accompanied by the world-class music of Langrisser’s original composer, Noriyuki Iwadare! Relive the classic strategy of the original series, discover a new and thrilling storyline, and create your own legend in an epic fantasy world!

[Classic Japanese Strategy RPG in a Fantasy World]
The latest official installment in the series, and Langrisser’s first outing on mobile, featuring a thrilling, new storyline set in a grand fantasy world! Storm the battlefield as you counter your enemy’s units, use terrain bonuses to plan your strategy, and devise the ultimate tactics to achieve victory!

[Collect Your Favorite Langrisser Heroes and Enjoy Combat Animation!]
Engage in exhilarating battles with Langrisser’s most popular heroes — all your favorite heroes are back! Take on players in real-time turn-based combat and experience a range of challenging gameplay modes, each unique in its own way!

[Hundreds of Fun Stages and a Unique Class System!]
Integrating elements from the entire series, Langrisser Mobile features many classic battles from the five main titles, totaling more than 300 stages altogether! Each hero has their own independent class tree and you can upgrade them whenever you need to, according to the requirements of the challenges ahead!

[Meet Langrisser’s Famous Japanese Voiceover Cast and Confess Your Love to Your Favorite Heroines!]
The historic melodies of the Langrisser series also make a welcome comeback, as original composer Noriyuki Iwadare returns to work his musical magic, stirring the hearts of players once more in Langrisser Mobile! Join an all-star cast of anime and gaming legends in the first fully-voiced experience in Langrisser’s history! Enjoy the new Bond system and unlock exclusive storyline stages, accompany your heroes as you learn more about their triumphs and struggles in the quest for Langrisser!
[New Heroes]
The Goddess’s divine messenger, the Light of Genesis, and the Goddess’s highest priestess Mariel are here!