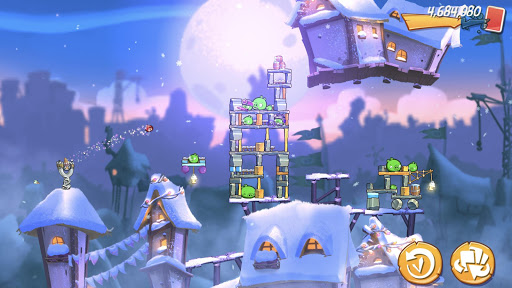 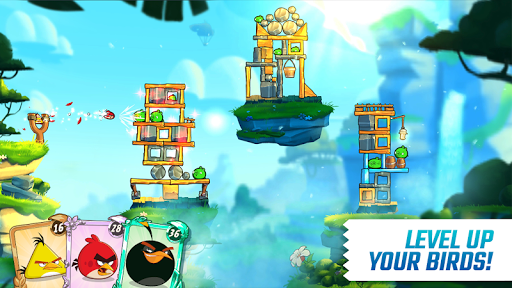 The most popular slingshot action game in the world

Join hundreds of millions of players for FREE and start this epic and fun slingshot game now! Team up with your friends, climb the leaderboards, gather in clans, collect hats, take on challenges, and play fun events in new game modes. Evolve your team and show your skills in the most exciting Angry Birds game out there!

Get to know all of the iconic Angry Birds characters and experience the fun arcade gameplay that has captured the hearts of millions of players.

Use your slingshot and help Red and his friends fight the bad piggies. Use Matilda’s eggs to strike against the piggies from above or slingshot Chuck straight into the piggies’ towers to see them crumble!

🎮Fun gameplay to enjoy for free 🎮

• LOTS OF COOL LEVELS. Play casual action puzzles with new ones added to the popular slingshot bird action game regularly.
• FUNNY DAILY CHALLENGES. Play special levels in casual and free daily challenges and earn top rewards.
• RPG-ELEMENTS: LEVEL UP your characters with feathers and increase their scoring power. Build the best team to defeat the pigs in the puzzle.
• IT’S A MULTIPLAYER GAME: JOIN A CLAN to take down the pigs with friends and players around the world.
• COMPETE WITH YOUR FRIENDS. Compete with other players or friends in multiplayer games of bird flinging slingshot fun and prove you are the best. Who will come out on top?
• COLLECT SILLY HATS. Collect hats with fun themes to level up the fashion game of your birds and take part in casual special event challenges.
• IMPRESS THE MIGHTY EAGLE in new challenges and earn coins to use in his exclusive shop on the top of Eagle Mountain.
• MULTIPLAYER LEADERBOARDS WORLDWIDE. Compete with friends & other players around the world and prove who is the best on the global leaderboards.
• CHOOSE POPULAR BIRDS to PLAY. Choose your best bird in this fun slingshot action puzzle and defeat the pigs.
• NEW ARCADE GAMEPLAY. Play fun, free, and challenging levels with arcade adventure stages – just watch out for Boss Pigs.
• FREE to download for Android! — Angry Birds 2 is a free to play casual action slingshot game. Optional in-app purchases are available for players around the world.

Give it a try, Angry Birds 2 is one of the most popular free action games in the world for a reason. Slingshotting angry birds into elaborate structures filled with bad piggies to see them collapse is fun.

Have fun playing Angry Birds 2 –Use the slingshot to fling birds at the piggies’ towers and bring them crashing down in the best bird-flinging, pig-popping, action puzzle game around!

This game may include:
– Direct links to social networking websites that are intended for an audience over the age of 13.
– Direct links to the internet that can take players away from the game with the potential to browse to any web page.
– Advertising of Rovio products and also products from third parties.

Although some features are available offline, this game may require internet connectivity for certain features. Normal data transfer charges apply. Note: When the game is played for the first time, there is a one-time download of additional content that cannot be completed while offline.

All-new Arena Gameplay!
– New Matchmaking: Opponents selected based on your own Arena Ranking and league!
– Instant Promotion: No more waiting a week to climb the leagues!
– More Rewards: New seasonal, streak, and weekly rewards up for grabs!
– New Master League: Are you a top player? Prove it by reaching our new exclusive Master League!